Sibling rivalry is a tale as old as time itself. Just remember one of the oldest stories from the Bible – Cain was jealous that God would accept Abel’s sacrifice, but not his! Nowadays, luckily, sibling conflicts are resolved in a much calmer way, but they can still cause problems, for both siblings and their parents.

The first lesson is: even if you had perfect children, you wouldn’t get out of it without some tension and rivalry – and here’s why.

The Causes of Sibling Rivalry

Perhaps the biggest reason siblings see each other as rivals is because they are in a constant fight for your attention. And since people aren’t exact machines, we aren’t able to dedicate exactly the same amount of attention to each child, much as we might want to. No matter how similar the children may be – even if they’re twins! – there will always be differences between them that require us to treat them if only a bit differently. We’re often unaware of this, but children tend to notice it.

Gender and age differences alone more often than not cause parents to treat their children in very different ways. Dads might be more gentle with their daughters than their sons, but sons may be granted more freedom and a later curfew. The tricky thing is, no daughter will focus on the extra attention, nor son on the extra permission: they’ll tend to focus on the negatives and see themselves as less loved and less worthy.

Also, the closer the siblings are in age, the more reason they’ll have to fight. They’ll want to play with same toys, have the same relationship with you, play the same video games… But on the other hand, if there’s a wider age difference, the older one may get angry if the younger one makes them feel embarrassed in front of their friends. It seems like there’s no escape!

Is There No Way Out?

So far, it seems like whatever you do, fights are inevitable! That is true to some extent, and we’ll talk later on about the positive sides of sibling rivalry. However, certain things are in your control and can be prevented. 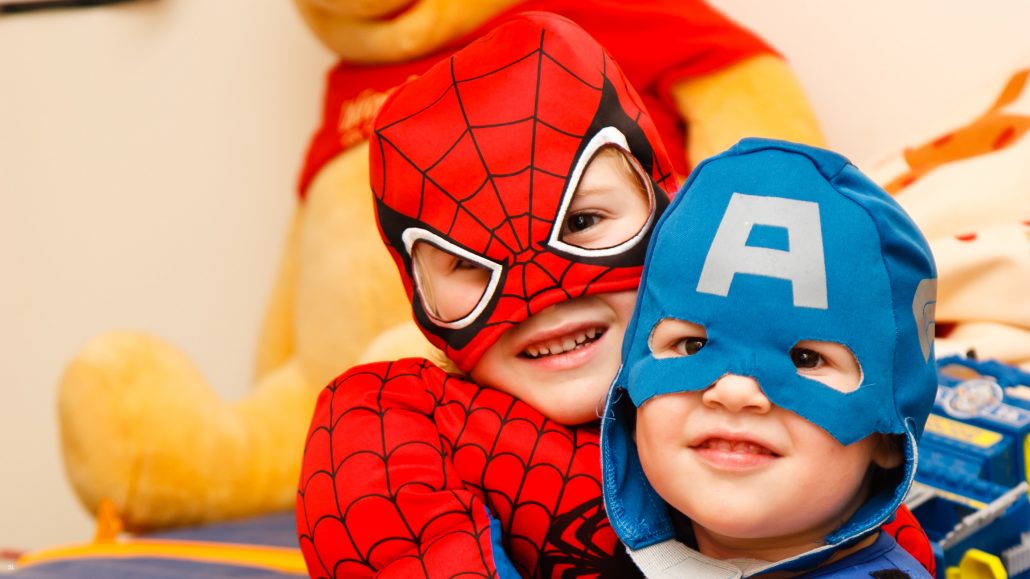 Even Spiderman and Captain America found a way to overcome their issues.

New parents, given their inexperience and natural anxiety, often overprotect their first child. When the second one comes along, you feel more confident and trust yourself more, so you’ll probably end up granting that child more latitude. But as understandable as this is, think of how it’s affecting the older child. They’ll probably end up thinking, “They don’t love me and care as much” or “They don’t really trust me”. What you can do is adapt your responses to meet the situation. Now that your younger one has a curfew until 10, give the older one a slightly longer one – 11 or 12. Treating them the same even though they’re four years apart is not exactly equal, so as hard as it is to see them grow up – let them know they’ve earned your confidence.

Let them solve it on their own

If their fight is about something else – whose toy it is, whose turn it is to walk the dog, etc. – give them time to come up with a solution among themselves. However, if you notice that’s not going anywhere, offer mediation, but without taking sides. Try to look at it objectively. Ask them to give you the arguments for why they each think the other one should be walking the dog. You can even have them write their arguments down. Let them present their reasons one by one, and once you have all the facts, ask them if it’s now clear to them who should be doing the task. If they’re still unwilling to find a solution, you can offer one, but not without providing them with an explanation why.

Does your family have the smart one? The athletic one? The artistic one? If it does, try not to call them that. Of course you’re allowed to think of them that way, but the minute you say, “Oh, my Josh is the smart one”, the other child will, without a doubt, be thinking, “That must mean I’m the dumb one”. You should be nurturing their strengths – by all means! – but in such a way that they don’t feel that being a “geek” or a “football player” is all they can ever be. We talked about the self-fulfilling prophecy before – the way you talk about your children could become who they are. Using a language free of labels works wonders in giving them more options.

Accept that you will be treating them differently…

…which doesn’t have to be a negative thing. If you, say, have a gifted child, treating both of them the same could lead to the gifted one not reaching their full potential. In the end, they might be resentful of both you and their sibling – “If only Mary weren’t so dumb, I could have been at MIT right now!” Instead, nurture their strengths. If you see they’re gifted, enroll them in different programs that could help them develop even further.

As for their sibling, inspire them to try out different things as well, and make sure to be open about everything. Explain that just because John is a straight A student and making apps at 17, doesn’t mean that you love Mary any less. They’re both equally valuable, and the important thing is to have each follow their passion and do whatever makes them happy. In short, give the gifted child what they need, but don’t concentrate all of your love and pride on them only.

Can Sibling Rivalry be Beneficial?

Absolutely! Children’s first conflicts happen between them and their siblings. In the warm, nurturing, safe atmosphere of their own home, they’ll have plenty of chances to figure out what works and what doesn’t when it comes to disagreements with others. If handled well, they’ll learn the values of negotiation and teamwork.

Another important thing conflict will teach them is resilience. If you’re always stepping in to protect the younger one and keep them from any hardships, they’ll be left without the skills necessary to stand up for themselves. They’ll always be expecting others to swoop in and save them. It’s much better if they get to practice this with their brother/sister first, even if it ends in tears from time to time, than for them to be left helpless later on.

Just remember that treating two very different individuals differently is completely normal and you shouldn’t beat yourself up over it. Do your best to be just and to catch yourself in showing signs of favoritism, and there’ll be no reason to worry about sibling rivalry too much.

Mother’s Guilt: What It is and How You Can Overcome It

Math Is Difficult, but Far from Impossible
Scroll to top
X
EXPLORE YOUR PASSION. PICK YOUR STEAM PROJECT.
Our site uses cookies to ensure you get the best experience while browsing it. By continuing to use our site you are agreeing to our Cookies Policy.