Raising a child ain’t easy, but raising a teenager… that’s really tricky! Today, peer pressure, cyberbullying, alcohol consumption and other challenges seem increasingly more of an issue among teens. All of which makes it tougher than ever to maintain a close relationship with your teenagers. How do you remain a strong and compassionate parent and keep communication open as you face these challenges? What’s in your survival kit?

We’re aware that it can be hard to handle every challenge that arises, but it’s no easier for your teen! Not only is their body changing, but their brain is as well.

Understanding these changes and challenges, along with a large dose of patience and the tips we’re going to share with you, can make parenting a lot easier.

Let’s start with challenges and the survival kit.

Your teenager is pulling away

One of the first things parents notice is that they’re not as close to their child as they used to be. Teenagers are pulling away from their families and moving towards independence. In the process, they sometimes distance themselves and spend all their time with friends or alone in their room. Relationships that used to be warm and close become cold.

Even though you’re probably concerned about this, be aware it could just be a phase. However, there are things you can do to make your relationship stronger again. Our Coach, Milena Cuk, wrote an article where you can find 4 ideas to help you get closer to your teen.

Plus, try not to be overly critical. When I was a teenager (and I didn’t make life easy for my parents) they would instantly start to criticize me when I came home. So I found ways to spend less time at home. It took them some time to realize that. From then on, they started pointing out things I did well. And that motivated me to do more of those things! I began seeing them once more as a source of my emotional support.

Family relationships that are growing colder leave more room for peer pressure. Peers can make kids do something they wouldn’t do on their own. Drinking, fighting, bullying others, and skipping school are only some of those things.

Yet, what you need to know is that not every peer influence is bad. It’s comforting for your teens to face challenges with friends who are into the same things that they are. You’ve probably asked some of your friends who have a child the same age as yours for advice, right?

Getting closer to your teen is going to make them have more confidence in you. Consequently, they’ll tell you more about their routines, habits, and the relationships they’ve formed with their peers. The second important thing here is teaching your child to say no. Although it’s obviously easier for you if they always say yes at home, it’s important they understand that saying no is okay if it’s done with respect. Otherwise, they’ll find it hard to do so with their peers. Explain to them there’s no reason to feel guilty when they refuse to do something that might harm them (or somebody else). Sometimes it means they will lose their friends – but if they asked them to do something harmful they’re not really their friends, right?

Did you know that teenagers are at greater risk of alcohol-related harm than adults? To say nothing of driving under the influence of alcohol!

You assuredly know why teens and alcohol don’t mix, but maybe your teenager doesn’t. If you see that they’re willing to learn more, show them this article. At the end of the article there’s a suggestion that can be helpful in learning to say no.

When your teenager isn’t with their friends they spend their time glued to their screens, right? They could sit and scroll through social media for hours. They isolate themselves, spending time alone in their room and their grades are dropping. 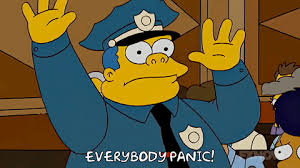 Don’t panic right away! Not all screen time is created equal. Not every one of your fears is justified. It’s really hard for anyone today to socialize without screen time.

However, we agree that screen time should be limited. Talk to your child and make a compromise as to when and for how long screen time is allowed. For example, using a mobile while having lunch is not desirable. On the other hand, laughing together at memes can be a great chance to bond. You can send them funny messages or funny selfies when you’re at work, so it can also be a chance to stay in touch.

We hope this article helped you realize you’re not alone in this. Many parents face these same challenges. However, if you don’t see any improvement after some time and feel you need additional support, our Coaches are here for you. They not only work with teenagers but also with parents. They’ll help overcome the challenges you face so you can rebuild strong relationships.

How to Help Kids Build Self-Confidence

2019 was a blast
Scroll to top
X
EXPLORE YOUR PASSION. PICK YOUR STEAM PROJECT.
Our site uses cookies to ensure you get the best experience while browsing it. By continuing to use our site you are agreeing to our Cookies Policy.