Reading to children at an early age has copious benefits, such as: develop the brain, prepare for school, improve language skills and social interactions, and more. In fact, the scope of these benefits is so vast, that some parents start reading to their children as early as when they are still in the belly, or even just the size of a poppy seed.

What if you didn’t read to your child when he/she was little or, you did but they have lost interest in reading now? As with almost anything in life, it is never too late to start again! Although, teens may view reading as “uncool” or irrelevant, never underestimate the power of a good story.

So, how can you encourage your teen to read more? You could try suggesting some of the novels listed below and then discuss them together. A great option would be to read the novels out loud so the entire family can become a little book club. It might seem counterintuitive to read out loud to older children (especially teens) but it is a fun activity that comes with several benefits. Reading aloud can help your child improve their pronunciation as they will actually hear the words they would typically read silently. It is also a great common activity that becomes a bonding experience between parents and children. Naturally, there might be some resistance at first, but try it a few times. After the initial awkwardness has passed, you might just discover what a rewarding experience it can be. If you decide you’d rather read on your own and then discuss the books together, that’s great too, as long as the reading leads to an open discussion.

To Kill a Mockingbird, Harper Lee 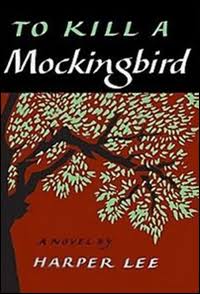 Classics are classics for a reason and this is one of them. To Kill a Mockingbird is a necessary read for everyone, as it deals with issues that are as current now as they were in 1960 when the novel was first published. The story is told from the perspective of a six-year-old girl, Scout, who lives with her father, a lawyer, and her older brother. Scout’s father, Atticus, is appointed to defend a black man accused of having raped a white woman. As you can expect, the novel goes on to discuss controversial topics of race, rape, inequality and prejudice.

After reading the book with your teen, it would be interesting to discuss a current event that is affecting the world, such as racial inequality, gender roles, or class divide. Discussing important topics such as these is a great way to get your teen interested in news, current events, and politics. This is an opportunity to learn more about your child on an intellectual level and engage in meaningful discussion. Tying these topics into the story by reviewing how the characters dealt with them can allow you to deliver a few life lessons (without the eye roll). Make sure that all parties have a chance to talk and listen.  This is an excellent opportunity for your teen to explore how he/she feels.

Note: The novel contains some violence and one of the main characters is being tried for rape. It also contains inappropriate language and deals with sensitive topics.

The Perks of Being a Wallflower, Stephen Chbosky 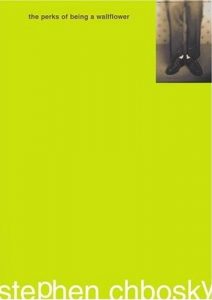 Choosing the right book may be one of the biggest challenges you face when encouraging your teen to read. The key is to find something relatable, whether it be in the age of the characters or the story within. The Perks of Being a Wallflower involves teenage characters with typically average teenage problems; making it a great book to start your family book club.

The story follows a shy, struggling, fifteen-year-old boy named Charlie. As he is coping with the suicide of his best friend alongside his own mental health issues, he finds himself among a new group of friends.  While Charlie’s situation is very specific and sometimes pretty dark, the things he experiences are things most teenagers will endure at some point. Being able to talk about these experiences while sharing your own may encourage your child to open up. With a book that encompasses love, friendship, heartbreak, and self-esteem issues, you’re bound to be able to throw in a life lesson or two somewhere.

It is important to note that it is best to be understanding and patient with your child if they do not want to open up or are struggling to discuss something. Reading together is supposed to be a fun, expressive, bonding activity for everyone involved. There is a lot that can be learned from this book, but it is best to keep an open mind and really dive into the message and its characters to get the most out of it.

Note: The novel contains violence and it deals with sensitive topics such as suicide and child abuse. It also involves sexual content, the characters drink, smoke and do drugs, and there is a use of inappropriate language.

Neil Gaiman’s Coraline is a somewhat dark, twisted story relative to that of Alice in Wonderland. Although Coraline is also considered a children’s book, adults love it because they can revisit their own childhood memories and gain different perspectives on them. Since this book is extraordinarily unique, there is a large opportunity for length discussions.

The main character of this story is a girl who is not quite a teen yet named Coraline. Her family moves to a home that has left her feeling neglected, yet adventurous. As she beings to explore she finds herself in a parallel universe where everything seems very much the same, but her parents have buttons for eyes. Her parents are the perfect, caring and permissive parents she wants them to be, but it is slowly revealed that “The Other Mother” is not as nice as she seems.

This story attracts readers of all ages because it touches on things we’ve all experienced as children. We’ve all been dissatisfied with our parents and their rules, or even felt like we didn’t matter that much; especially in our teen years. This would have led to us creating our own “dream world” of some sort. This is something that can be discussed with your teen: what their dream world would be like, how would the characters in it act, why he/she is choosing that as their dream world. You can also share your dream world with your teen and try to remember what you wished for when you were younger; you will surely find some similarities to Coraline and to your child as well. While talking about these worlds, focus on the relationship between parents and their children and discuss it with your child. You might learn what bugs your teen about the relationship with you and try to explore it and you will surely have an interesting discussion from which everyone can learn something.

Note: The book contains some violence.

The Diary of A Young Girl, Anne Frank 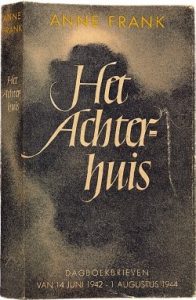 Written by a young Jewish girl in the throes of World War II; this book clearly demonstrates the horrors of war and the consequences of conflict. It is also important because it shows the war through an eye of a child who writes about things any child would write about: the relationship with her parents and sister, friends and a boy named Peter.

Reading Anne Frank’s diary calls for a lesson about the war and the Jewish persecution, The discussion of this book can actually start with you and your teen reading up on this horrible period of human history. While learning about the war, you will surely find plenty of topics to talk about.: “What brings a man to hurt another human being?”, “Why have people agreed to this?”, “Where was all this hatred coming from?” are a few topical questions that are bound to lead to lengthy debates. You will read in Anne’s diary that despite everything, she still believed that people are really good at heart. This can easily lead to a lesson on judgment and respect for others.

The topics that this book brings up are all serious topics that should be discussed when your child is ready. This story is essential to the history of the world and gives a great deal of insight into the life of a Jewish child during that time.  his book is here to remind us of what happened and, that teaching the future generations about the horrors of it may prevent history from repeating itself.

Note: As it deals with the topics of war, the book contains violence, sexual content, smoking, and drinking. 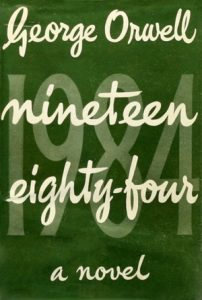 Orwell’s 1984 is a pivotal book, and essential to read during a time like this when surveillance and technology are at their most evasive. There is a lot to learn from this book that also evokes a lot of emotion. When reading at the right age, this book is bound to spark a lengthy debate.

1984 is set in a dystopian world of surveillance led by “Big Brother”: where there is constant war, manipulation, and dictation by the political system. In this world, independent thinking is a crime, and so is pretty much anything that doesn’t abide by the rules of the dictatorship. This book is popular amongst teens due to their strong feelings on surveillance, government, and human rights.

The main points of discussion about this novel concentrate around critical thinking and what can happen when there is a severe lack of it. This is a good way to encourage your child to voice his/her opinion and not to be afraid to disagree with everyone else. Another way to deepen the discussion is to talk about free will and the importance of it in a modern society. Also, compare Orwell’s dystopia to our society and see what your teen thinks about where we stand. Adults will enjoy this book because it is one of those good ones that changes together with you and the more experiences you gain in life.

If you have any question in regards to the books and reading, you’ve come to the right place!

TO PLAY OR TO LEARN? 5 BENEFITS OF IMAGINATIVE PLAY.

4 IDEAS TO HELP YOU GET CLOSER TO YOUR TEEN
Scroll to top
X
EXPLORE YOUR PASSION. PICK YOUR STEAM PROJECT.
Our site uses cookies to ensure you get the best experience while browsing it. By continuing to use our site you are agreeing to our Cookies Policy.